Nigerian record producer and the boss of Mavin Records, Don Jazzy gives singer Dbanj credits for being a catalyst in his path to fame.

The founder of Mavin Records, Michael Collins Ajereh, known professionally as Don Jazzy, revealed in an interview with Olajide Adesope, that; “Dbanj is the creator/catalyst” in his path to fame.

The boss of Mavin records has said that Dbanj saw in him what people see now.  Don Jazzy in the interview said;

“But Dbanj saw me and everything that people see in me now. He just sparked it in me.

Left to me, I would have just been where I was and not do much about it. So, I would say he was that catalyst that said ‘Jazzy do this and that’.

All I know is that I had always wanted to build a beautiful record label or an entertainment company that is a powerhouse for developing artistes for Africa.

“Now, it looks a whole lot easier getting to the world than it was back then. But it remains the goal: find young people and break them internationally,” 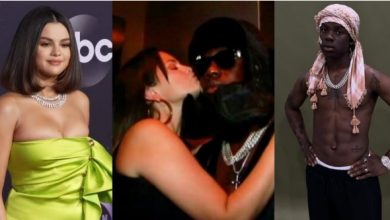